The CZ 75 is a pistol made in the Czech Republic that has both semi-automatic and selective fire variants. First introduced in 1975, it features a staggered-column magazine, all-steel construction, and a hammer forged barrel. It is well known for its quality and versatility and is widely used throughout the world.

You wouldn't have seen the P-09 Duty version in any movies or computer games but it may feature in one at some point in the near future. Its slick and tactical design may grow more popular in the film industry.

While the KJ Works P-09 Duty may look amazing, the feel of it with it comes to the materials and the way it shoots is just as brilliant. It features a polymer frame with a metallic slide. On the frame itself is a accessory rail for all your accessory needs. The grip is 'noodle' textured but very comfortable to it, as it should be since it kicks like a mule. This version comes with a 14mm CCW thread allowing you to add suppressors to this already great looking pistol.

You can expect all the correct markings to be there as it is fully licensed by ASG though KJ Works like to put a stamp on their products with a Made In Taiwan on the right side of the frame. It's small so all is forgiven.

The CO2 version cycles very smoothly as it clocks in at around 370 FPS, which is a little hot for CQB because the slide doesn't weight all that much so we exercise the fact that this CO2 version be used for outdoor skirmishes. It comes with its own 24 Round magazine made specifically for the Duty. There is also a GAS version which clocks in at 340 FPS but the GAS magazine isn't compatible with the CO2 version OR the previous CZ-75 so make sure you get the correct magazine! 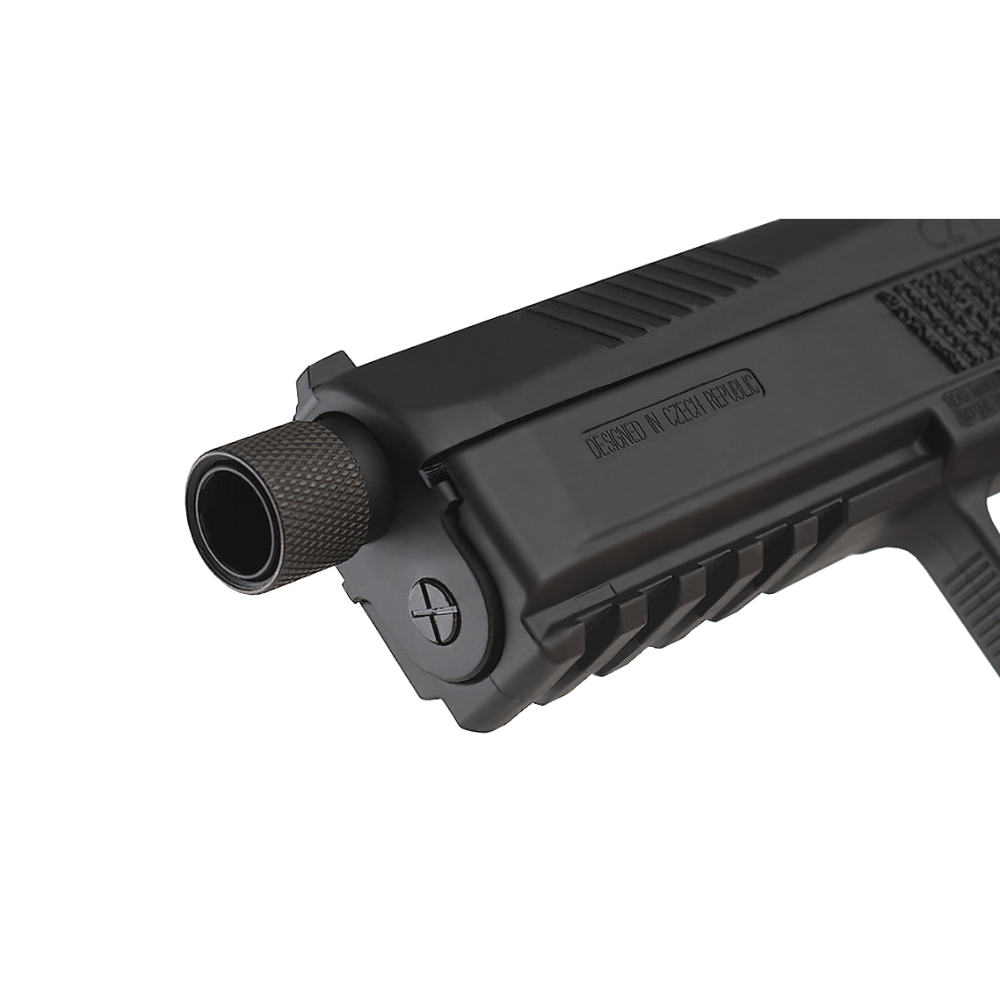 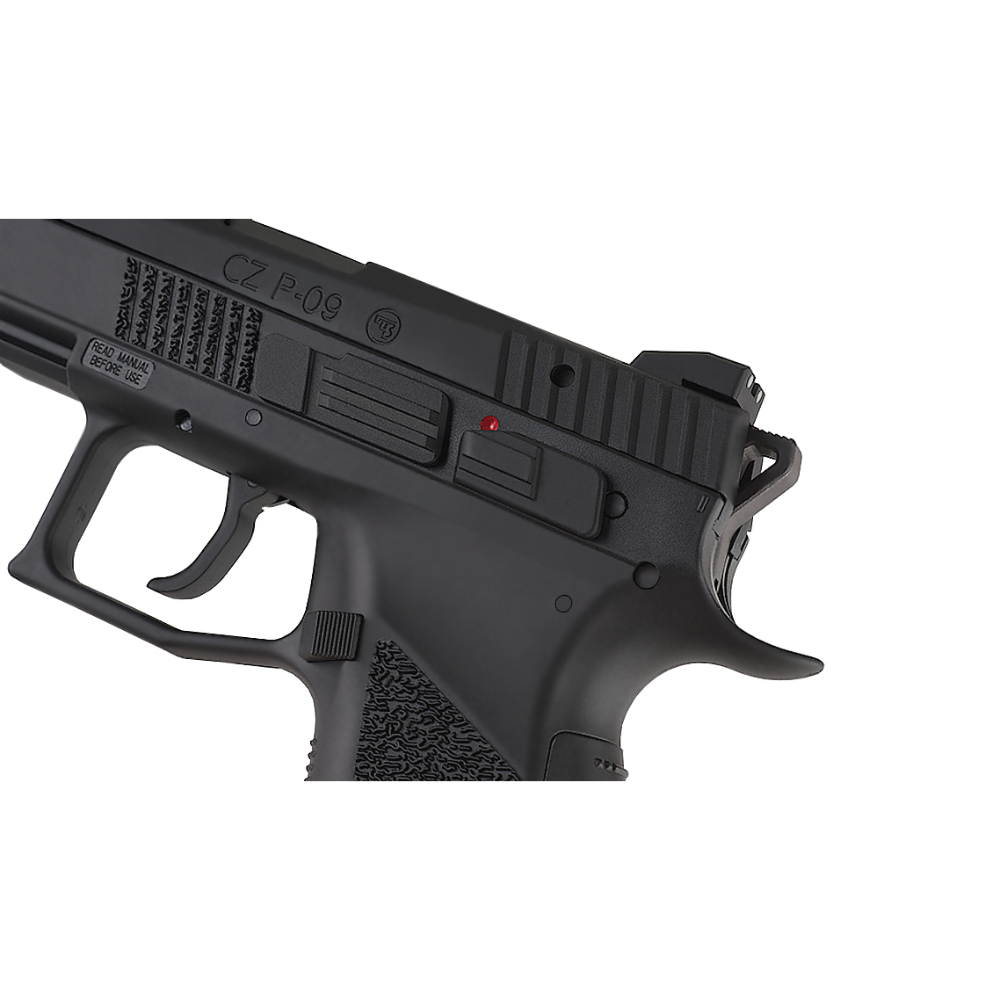 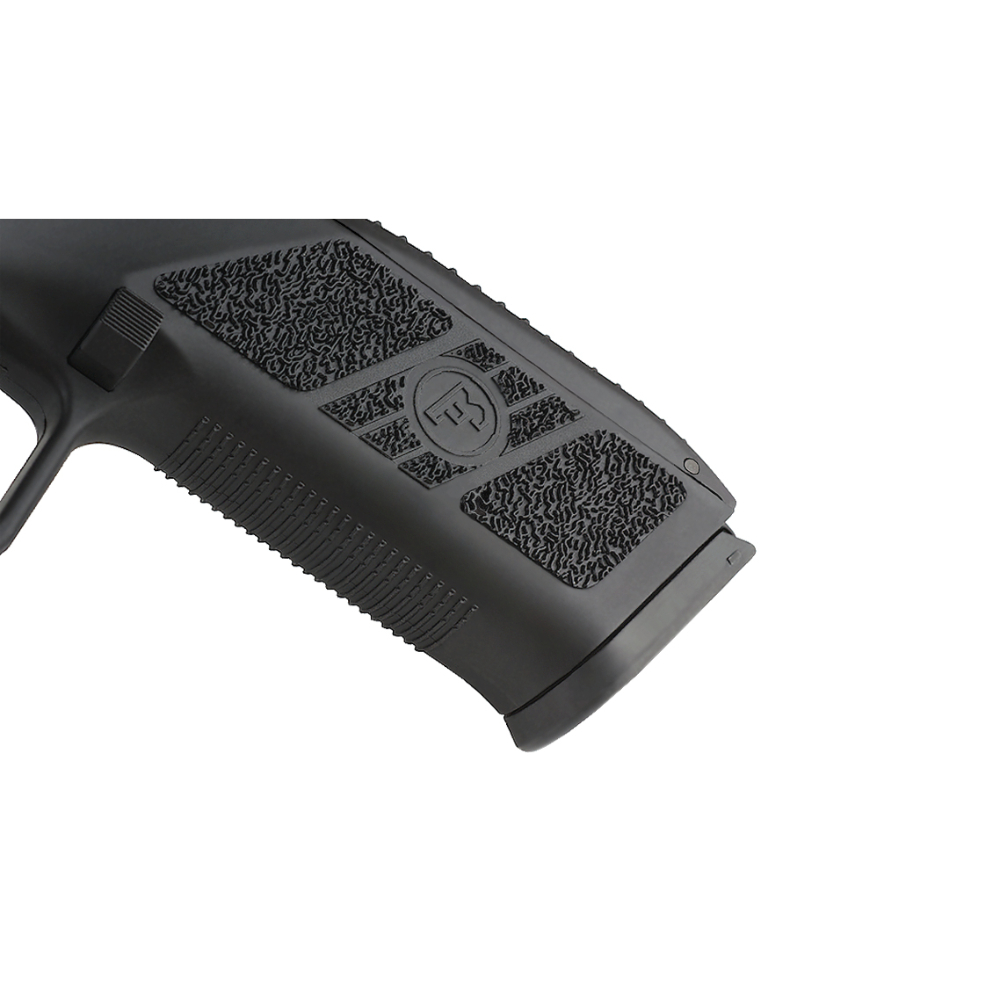 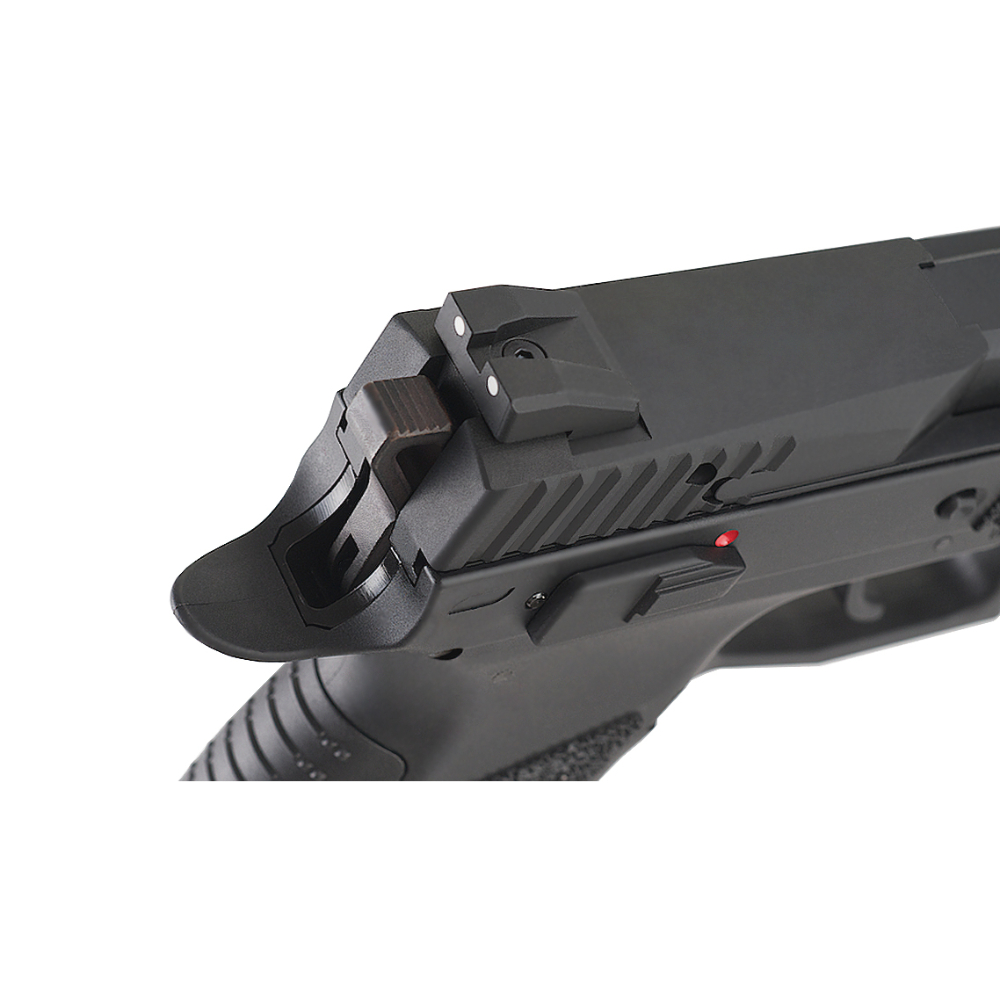 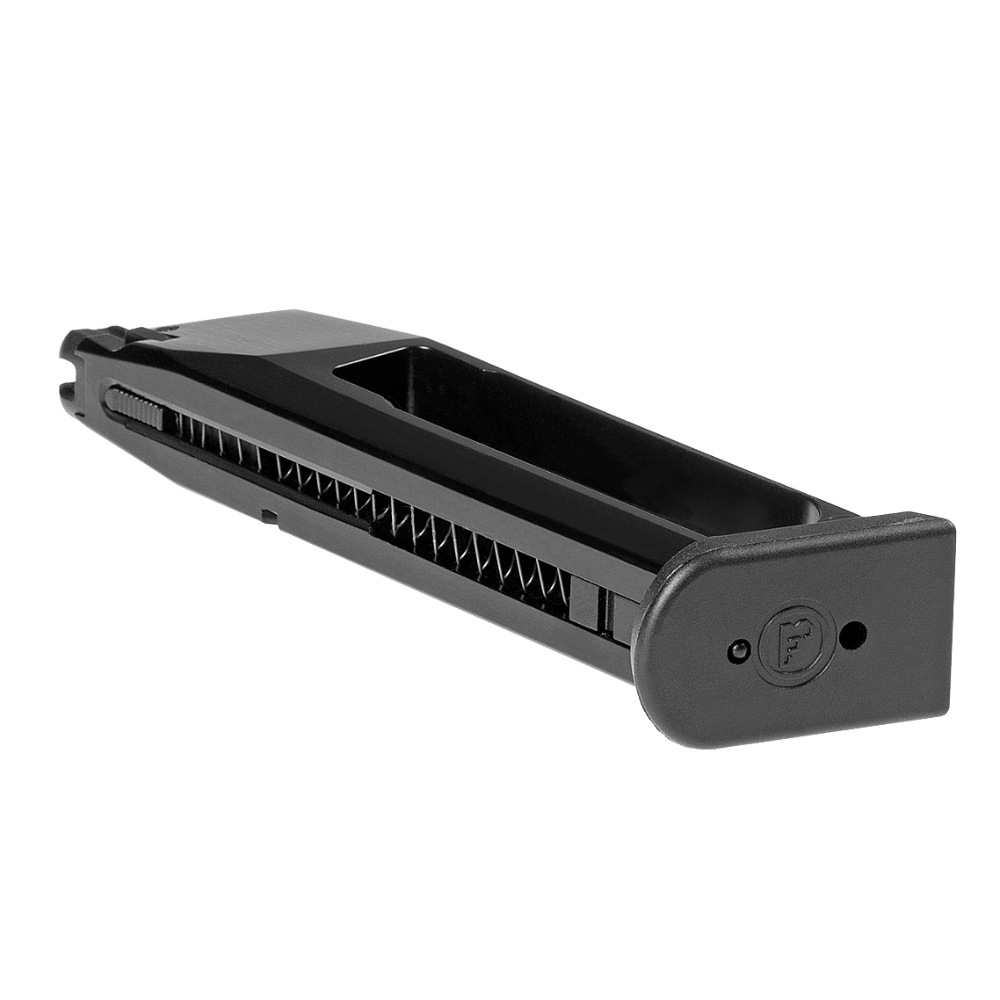